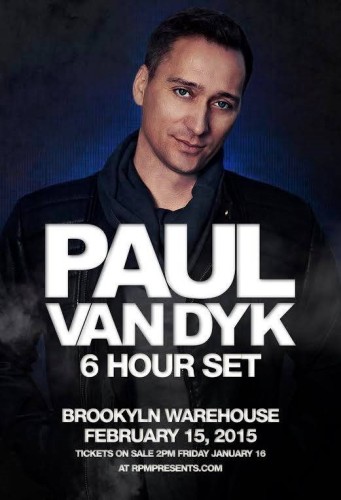 To say Brooklyn is synonymous with warehouses is pretty realistic, yet sadly us Newyorkians don’t always get the pleasure of discussing recent trance ventures to any. As the 21st century grows older, so do our warehouse memories and many of us worry if this is simply a thing of the past. Fortunately, to our rescue came RPM and Paul van Dyk, to show us that there is nothing to fear. 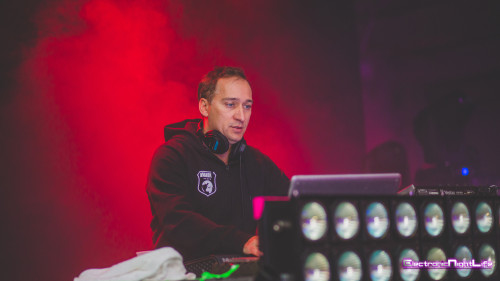 On Sunday February 15, RPM was bringing us PVD in Brooklyn. Our beloved warehouses have not all turned into booming condos and over priced luxury latte joints. Announced back when winter was only just starting to rear its powerful head, RPM really warmed up the NYC trance scene’s heart with this news. Young and old, no music lover is known to be quite as happy as when they are in a true warehouse environment. Emotions tend to be more blunt and clear, smiles and hello’s seem to echo louder, and the bass- well there’s no comparing the bass in a proper warehouse setting at a party thrown by a proper group of individuals. All things that RPM has decided remind us of, packaged in a 6 hour block of greatness thrown in our faces by none other than one of the Grandfathers of Trance- Paul van Dyk. 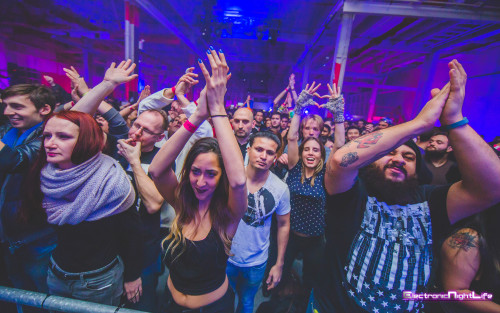 There’s always a great turn out to any PvD set in NYC. Whether its his homage to New York in his own music, or his very vocal love of NYC that he portrays often on social media, or better yet the simple fact that he is a master of what he does; there’s no denying that every time he is here a larger portion than not, come out to the party. 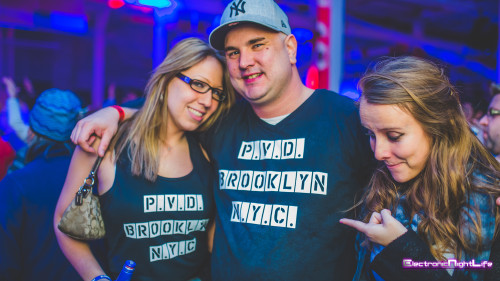 The excitement was definitely as expected for the event in each of the days leading to this party, no matter how cold it was, every last one of us had no concern with the weather (for the first time in quite a while this winter). As the week grew older and turned into the weekend we all shivered, not at the predicted negative wind-chill for the date of the event, but at what songs we all expected to hear on Sunday night. Almost as intriguing as the expected set list was the venue. Very much in warehouse fashion, we all were told to expect the secret location’s identity no earlier than the day of the party. With the ever changing nightlife scene here in NYC, this brought many of us to our knees. Was it going to be a proper warehouse? Was it going to be someplace new? Would the sounds be OK? Was there are BAR??? These are all seemingly odd questions for a venue/night out, however, these are all seriously valid concerns for long time trance loving event and warehouse goers. 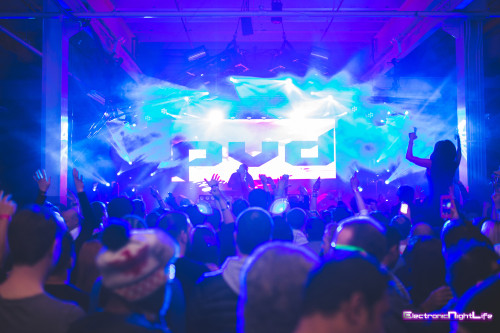 The good news was, there was a bar. OK, actually the good news was that warehouse! Located easily, I quickly got inside to discover that not only had I not been here before, but the place was massive! Everything you’d expect from a powerhouse-warehouse. 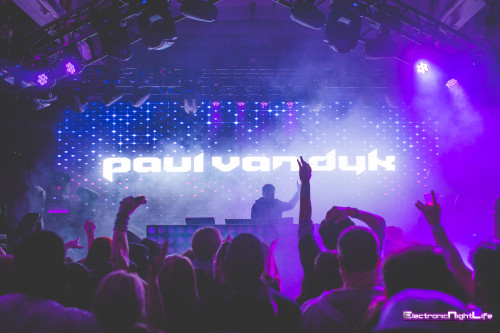 The sound system was immediately in my face. Sectioned out perfectly for the grand space. The walls and set up were simple, as any warehouse should be, and the place looked newly painted. An unexpected twist from a location that was definitely not Williamsburg or DUMBO. The bars lined the entire venue, which meant you rarely waited in line. The coat check was right in your face when you got into the venue. Everything seemed to make perfect sense. Which had me wondering, why cant it always be this awesome? 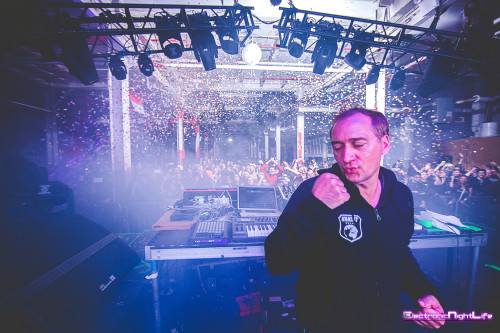 I will admit, I did miss a bit of the character that an old warehouse had. I have no idea the age of this building but the paint job and floor tried to tell me it was clearly recently renovated. I’m certain these are things I’d appreciate if the shoe was on the other foot, tho, so I am not going to phrase this as a complaint. The truth is, long gone are the days of our old vampire gutted buildings with questionable permits and bottles of Georgi vodka and kool aid. 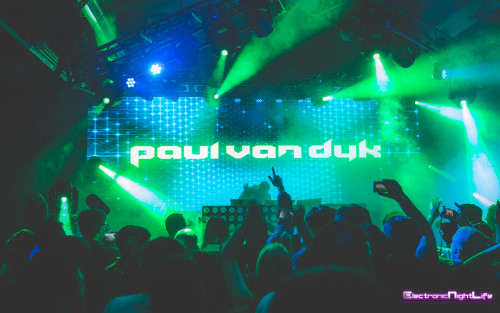 PvD was on the stage as I walked in, as expected, since we were being blessed with an open to close 6 hour set from the man. The warehouse was definitely a bit cold, which lead to some serious need to be in the crowd and not a soul seemed to mind. In fact, for once, this aging gal enjoyed the close encounters in the front row; and how can you not when the music and fans are that good? There were a lot of uplifting sounds to be heard, plenty of teasing classics as well. Paul van Dyk has this way of meshing together the beat of a classic into newer fast tempo’d house tracks that really make my ears happy. He’s found a way to take some of the newer sounds that some of the more classical fans tend to stray from and turn them into a melting pot of today and yesterday so that we can all dance together and none of us skip a beat….most literally. 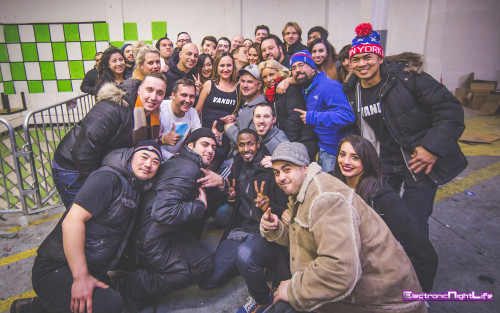 Ironically within moments of dissolving into the crowd I heard PvD’s “Home” coming through the massive speakers and nto my brain. Watching everyone melt into the melody and bounce to the beat never gets old, and since I literally just moved back home I found it hard to fight off the feels for this one (yet again). Shortly after that I found my heart thumping to Ferry Corsten…or was it? Radio Crash? But it wasn’t…quite…Radio-ing. How is it that this is the first time I’ve heard Festival Crash? This was the Talla 2xlc remix (from what I’m told), and I adored every moment of it. One of the best things from a good set is discovering new music, and PvD brought quite a few into my life this night. 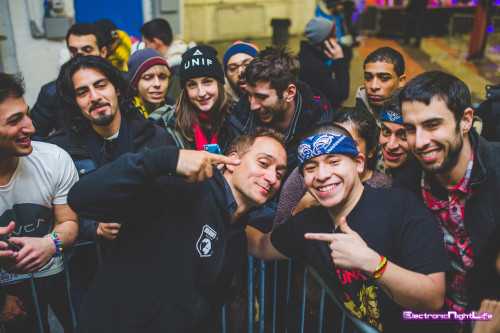 As cold as it was the energy there could not have been greater, from the man himself right down to the staff. PvD had mapped out a journey for us, and he re-introduced us all to our love of many of trance’s beautiful sub-genres. From uplifting to classics, to tech-trance to today’s melodic and upbeat house tracks, not a single body went astray. Its not often you can watch as 2000+ individuals enjoy the same thing. The set reminded me very much of what I heard when he was here at Hammerstein in Feb of last year, however, there was certainly more energy to this set. He dabbled in a lot more commercial sounds, many of which were completely unidentifiable to me, but again, he did so with a classic twist. To create a full track list for you for this event would be impossible, and honestly, there’s a lot to be said about wanting to just stop, listen to the music and dance. Every time I took a moment to look around I found a smile on Mr van Dyk’s face to match the thousands that were pointed right back at him from the crowd. I have to hand it to him, in past events, back in the mid 2000’s, some of the shows I went to PvD had much less crowd interaction and energy. The timing must have just been off, because this night (and any in the recent past), I have seen such a passion in those eyes and grin that rivals any I have ever seen on any stage playing any form of music. 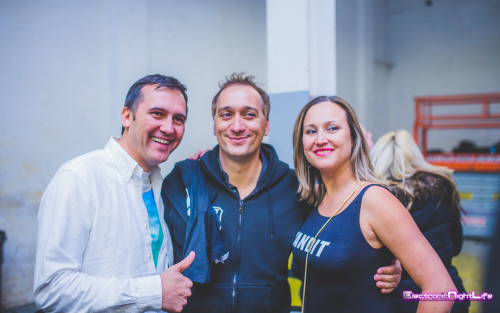 This event was not a success. In my honest opinion this event was a milestone. Not only for US trance, and NYC trance events- but also for PvD as an artist, for trance fans in general and for any one part of the promotional world here in New York. I truly believe this event should be used as a reference point on how to throw the perfect party. I know that’s a loaded statement, but I believe it and in turn I now am even more excited to attend more RPM events, and have no intention on missing any Paul van Dyk show in the near future. 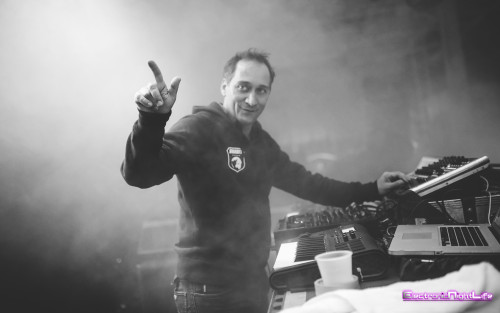 A gigantic thank you to Paul van Dyk, and everyone on his staff that help him get to us safely and happily; huge thank you to RPM and the entire staff that brought us this event- NYC is lucky to have you guys showing us a great time.